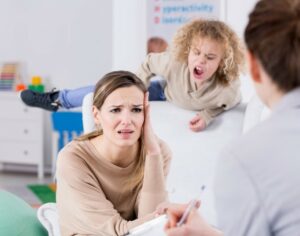 Newer treatments approved by the Food and Drug Administration (FDA) for pediatric patients with attention-deficit/hyperactivity disorder (ADHD) include two medications that address some of the common issues families have with standard stimulant treatments. Another development is use of devices to manage ADHD symptoms.

Jornay PM (delayed-release/extended-release methylphenidate) was approved by the FDA in 2018 and became commercially available in 2019. It differs from the other methylphenidate-based stimulants in that it is administered before bedtime, between 6:30 and 9:30 pm, to take effect in the morning when the child rises.

This delayed action addresses a common problem many families face when they administer stimulants on rising: Patients are focused and ready to work by the time school starts, but getting them to school is a struggle. An April 2021 article in the Journal of Child and Adolescent Psychopharmacology reports on a randomized controlled trial that showed a marked decrease in self-reported caregiver strain after three weeks of treatment.

Data presented by the manufacturer show that the effect of Jornay lasts through the school day and into the evening.

In April 2021, the FDA approved Qelbree (viloxazine extended-release capsules) for treatment of ADHD in patients aged 6 to 17 years. Like Strattera, Qelbree is a selective norepinephrine reuptake inhibitor (SNRI). These drugs join the alpha-2 agonists (for example, Kapvay, Intuniv) as options for families who don’t feel comfortable giving children Schedule II stimulants or for patients for whom substance abuse is a concern.

Like other SNRIs, also used to treat depression, Qelbree and Strattera carry black box warnings about an increase in suicidality in the first months of treatment, particularly among teens. Psychiatrists should remember that many drugs carry this warning and that treatment benefits may well outweigh the risks. Antidepressants show a 2% greater incidence of suicidality than placebo, and use of these medications has not been associated with successful suicide attempts, according to the American Academy of Child and Adolescent Psychiatry. However, these medications are generally less effective than stimulants in treating ADHD.

Patients who are not responsive to either stimulants or nonstimulants alone may be helped by combination therapy.

The FDA has recently approved a device and a digital treatment for ADHD in children. Clinicians should note that the standard for FDA approval is lower for devices than for drugs. Drugs must prove both safety and efficacy, while devices need only prove safety.

The FDA has also approved use of a video game called EndeavorRx to treat ADHD. The sensory stimulus and motor challenges of the game target neural pathways that govern focus and attention. A study sponsored by the developer suggests that the prescribed use of the game does improve attention and has few side effects.

Either or both devices may prove to be valuable adjuncts to medication and behavior management. More evidence of effectiveness would be helpful in guiding clinical decisions.

Side Benefits of the COVID Pandemic

One of the most important developments in ADHD treatment is not a device or medication but the rise of telemedicine. During the pandemic, most large private insurance companies and the Centers for Medicare and Medicaid Services waived the requirement that patients be seen in person—even when those patients are being started on Schedule II stimulants.

Telehealth visits offer advantages, particularly when it comes to evaluating patients’ functional abilities. Some psychiatrists prefer to see children in their natural setting, where they are often quite a bit more hyperactive than they are in the office.

Another odd benefit of the pandemic is the increased appreciation many children with ADHD have for going to school. Patients with ADHD tended to struggle more with remote learning than did their non-ADHD classmates. There are too many distractions at home, including the option of playing a video game while appearing to be in the virtual classroom. Most children with ADHD simply find it easier to concentrate when they are physically in school. Many say they are glad to be back in school. That’s not something they would have expressed before the pandemic lockdown!

Laurence Greenhill, MD, is a practicing child and adolescent psychiatrist in the San Francisco Bay Area and a REACH Institute faculty member.

Cuffe SP. Do antidepressants increase the risk of suicide in children and adolescents? J Am Acad Child Adolesc Psychiatry. 2004;44(5):405. 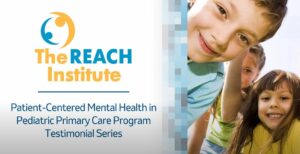