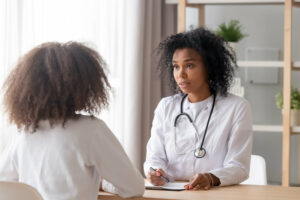 Last week I saw two children, both African American, who were having suicidal thoughts. In neither case did the child or the parents come in asking for mental health support. 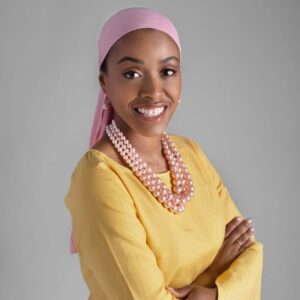 Dr. Noor Jihan Abdul-Haqq is a pediatrician in Oklahoma City and a faculty member in the REACH program Patient-Centered Mental Health in Pediatric Primary Care.

One, a 13-year-old girl I’ll call Simone, wrote on her PHQ-9 depression screener that she had attempted suicide. In our interview, she revealed that she had had sex with a man she met online and that she had been cutting herself. Yet the reason she and her parents came in was an ADHD medication check!

During and since slavery, self-expression has been dangerous for Black people. In response, we cultivated a culture of resilience and strength. That self-reliance has served us well in many ways, but it can keep us from acknowledging that we need help.

Simone’s parents—who knew at least some of her struggles—may have fallen into a common response pattern among African-American caregivers: “Oh, you’ll be fine. You just need more [prayer, sleep, exercise, courage]. Don’t tell anyone you’re having a hard time.”

What looks like resistance might better be seen as adaptation. Many African-American children have been labeled as troublemakers when in fact they were struggling with trauma and adverse childhood experiences (ACEs). Or they may have been behaving in age-appropriate ways when authority figures perceived them to be older than they were.

These children are then put on medications to make them sit still and behave. In my own practice, I see rampant mismanagement of mental health conditions in African-American children, particularly by providers who don’t look like them. I sometimes don’t tell schools that I’m prescribing for African-American patients, unless the students need accommodations. A Black child who is being treated for ADHD is all too likely to be stereotyped.

Caregivers who are reluctant to have their children diagnosed with and treated for mental health conditions may themselves have been overmedicated as children; certainly they have known people who have been treated that way.

Our advantage as PCPs is that, over time, we gain the trust of families and patients. If you share identities with your patients, you have an even bigger advantage. Simone did not come in because she was suicidal, but she did ask for time alone with me, another African-American female.

A practical step—for all patients, but especially for those whose identities or socioeconomic status put them at risk—is to make mental health screening part of well-child visits. Patients need to be able to fill out screeners without their parents present. If you’re screening remotely, try to email or text the screener to the child directly rather than to the caregiver. I also make sure that I speak to children alone, preferably after they have filled out the screener.

I’ve developed a small cadre of therapists who teach great skills in culturally sensitive ways. But they don’t have enough capacity to meet the need. I’ve looked without success for providers of trauma-informed cognitive-behavioral therapy who take most insurances. Many of my patients are making do with only the medications I prescribe.

Ultimately, the solutions are more clinicians of color and improved sensitivity and cultural responsiveness. Clinicians of color can take advantage of the natural connection a child–especially a child who has experienced trauma–can feel toward a professional who looks like them. However, we should all try our best to limit our own biases and find commonalities.

How to find an anti-racist therapist from Mental Health America, with links to lists of culturally responsive therapists

Why Are More Black Kids Suicidal? A Search for Answers from The New York Times)

“Fantastic conference – best continuing medical education I ever attended The six months of followup with help implementing changes in practice is invaluable!”